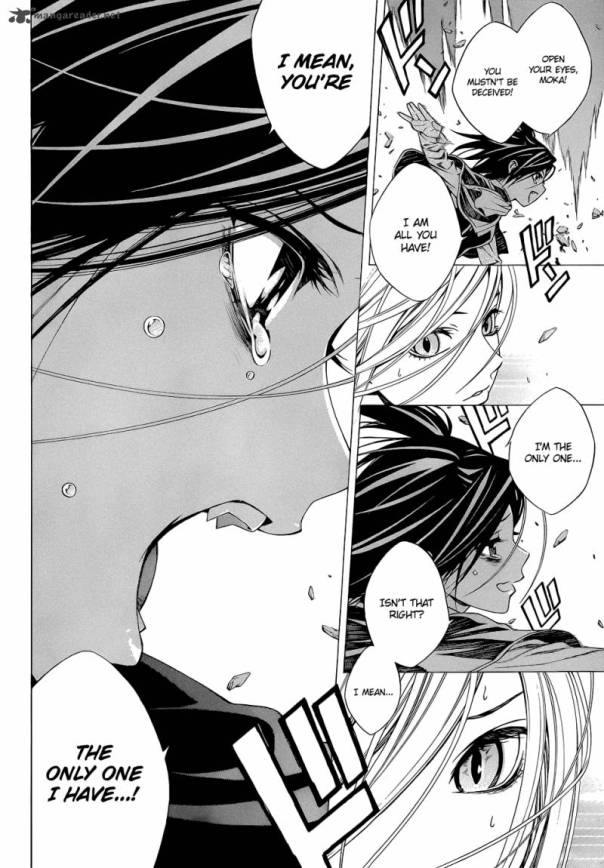 Exactly how many levels of crazy does this woman have?

Shuzen Akuha is one of the few characters I know where I find it hard to tell if we’re supposed to sympathize with her or not. Her entire motivation seems to be getting close to her adoptive sister Moka, but she’s willing to slaughter people and erase Moka’s dominant personality to do it. This would make sense if it looked like she had some sort of yandere complex, but her lines and artwork don’t get that across. I’m curious what those of you who haven’t read this chapter think of her from the above page. She’s drawn and written like a normal girl about to break down from the stress of life, but even that doesn’t make as much sense when you look at her recent actions. Remember that just a few chapters ago she was the one who tried to cut Kurumu in half, and it’s doubtful we’re supposed to have forgotten that already.

The confusing part isn’t whether I understand a person like Akuha, because I can tell she’s supposed to be criminally insane, but with almost childish desires. Where I have trouble is if I should be paying more attention to the “insane” part or the “childish desires” part, because that changes how she comes off completely. It’s the difference between seeing a force of nature and an innocent child who has been handed a weapon. 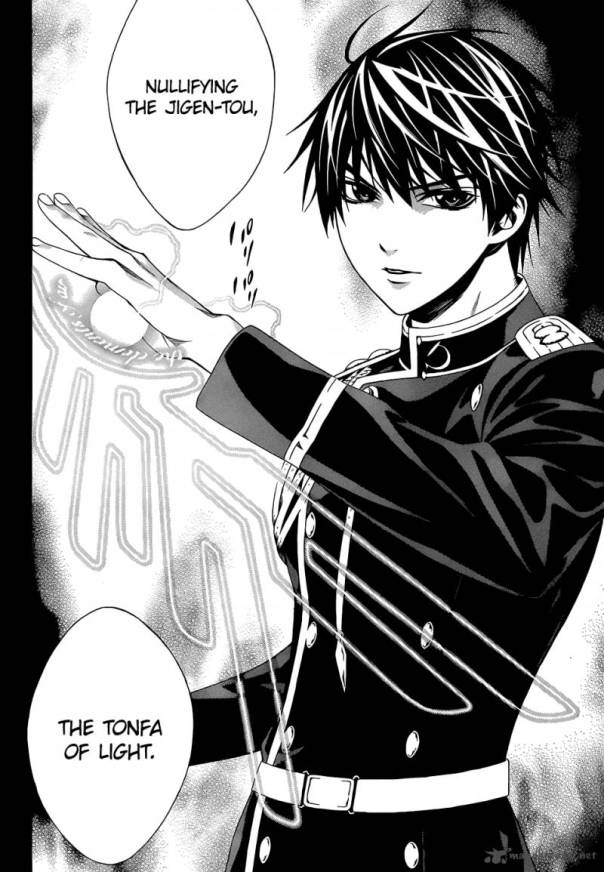 Still better than “Piko-Piko Hammer of the Gods”.

Everything she’s done up to this point is coming down to this fight with Tsukune and Inner Moka. It doesn’t look like Moka has any way to counter the Jigen-tou in all it’s dimension-cutting brokenness, but it’s unlikely that Akuha would attack her. If it were me writing this fight, that would be how she loses, because she can’t bring herself to hurt the woman she hurt everyone else to release. Assuming the series is playing up the innocent girl factor, she might injure Moka by accident and break down crying as a result. If it goes the murdering bastard route, she’ll blame Tsukune and try even harder to kill him. Either way, how this match ends will be a strong indicator of how we were supposed to be viewing her by now. I’m not sure which route I prefer, but as long as we don’t forget her insanity completely it should still be a good ending for her.