The World God Only Knows – Time and Relative Dimensions in Space

Out of the 4000 versions of time travel Keima has seen, this is his 244th least favourite.

Most people are familiar with so many different styles of time travel that the use of the term itself can inspire groans. With all the questions that need to be answered before you send your characters through time, you can easily come up with a well developed system just by answering the most basic of them. Just in the last two chapters of The World God Only Knows, we’ve gotten enough information so that we can figure out how things are supposed to work, and we can also get a good idea of what the series will need to establish in the chapters to come. END_OF_DOCUMENT_TOKEN_TO_BE_REPLACED

Posted in Series, Shonen Comedy, The World God Only Knows

Maka is slowly turning into something out of Touhou.

With Maka and crew finally making their way to the moon, Kidd’s team returning after meeting up with the society of witches, Crona having traveled here to find the Kishin, and Excalibur doing something somewhere, the conditions of this arc are quickly turning into something very much like a final battle. I knew this whole encounter on the moon would be very important in the grand scheme of things, but since Maka and Crona were away from that battle, it was difficult to imagine this as anything conclusive. Now things are slowly resembling a scenario I’ve seen several times before at the ends of shonen, which is where every available character gathers in one location to brawl until one side runs out of guys. END_OF_DOCUMENT_TOKEN_TO_BE_REPLACED

Kimi ni Todoke – These Two Will Have So Many Fights 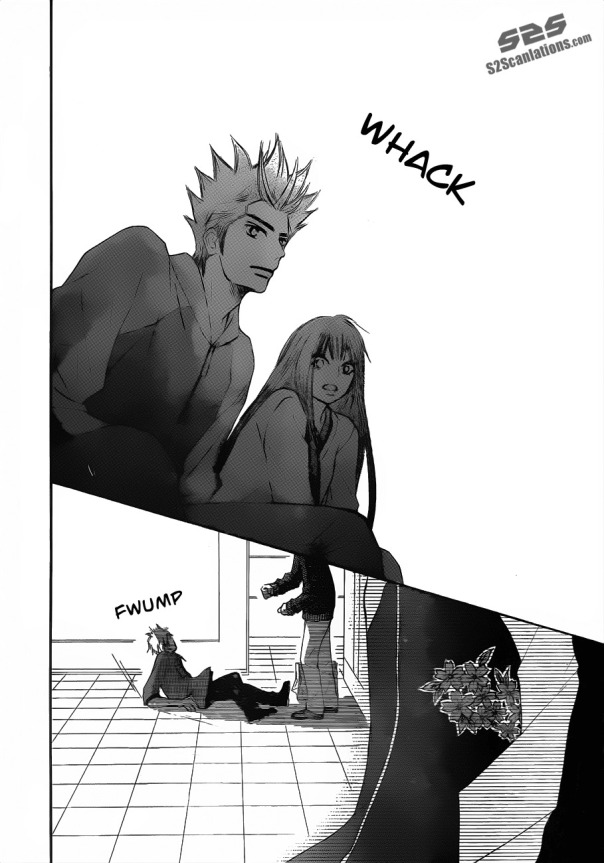 Believe it or not, this is the fourth time someone in this series has gotten hit.

Even in the same series, different couples can have their own individual methods for working through their problems. If that wasn’t true, we would have had to see Ayane and Kent blushing around each other for a dozen chapters before anything like this could have occurred. It’s still very strange to see Kent getting as passionate as he did in this chapter. Sometimes it’s easy to forget that this is the same guy who casually tried to seduce Sawako much earlier in the story. Nothing he’s done up until now has been this expressive, which is what makes it both much more shocking for him to punch Mogi and, at the same time, makes his feelings toward Ayane a lot easier to understand. END_OF_DOCUMENT_TOKEN_TO_BE_REPLACED

Fairy Tail / Kenichi – This One Goes Up To Eleven 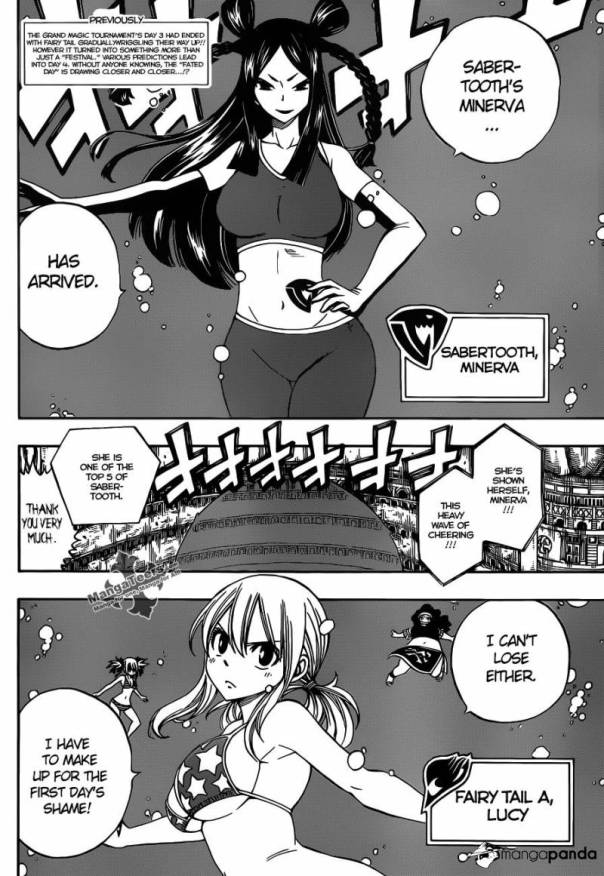 Fanservice in manga and anime is like the government in dystopian novels: it’s always there, no matter where you go, but if it does the job it’s supposed to you shouldn’t notice. Of course I’ve seen far too many examples of it being used in both good and bad ways, but there was always one series that went further over the top with it than any I’ve read. That was History’s Strongest Disciple Kenichi, which started as a Panty Fighter and spent over 450 chapters pushing it’s own limits. Reading that series has actually produced an interesting effect in that it caused the fanservice in other manga to feel tame and wholesome by comparison. Nami’s outfit in the current One Piece chapters seems much more acceptable when you see Miu’s spandex, which I can only assume is vacuum-sealed. For a while I assumed I would never come across anything worse than that, or at least not willingly.

Recently, something strange has been happening that I never anticipated. Somehow over time, Fairy Tail has accomplished what I considered impossible and made the fanservice in Kenichi feel more acceptable! It managed this by taking a slightly different path from what that series did in terms of extreme content. Since it can’t compete in terms of ridiculous outfits or ways to remove those outfits, Fairy Tail went to the furthest lengths to make every situation it could as absolutely perverse and uncomfortable as possible. END_OF_DOCUMENT_TOKEN_TO_BE_REPLACED

Had to make a reference to 50 Shades of Grey at some point. 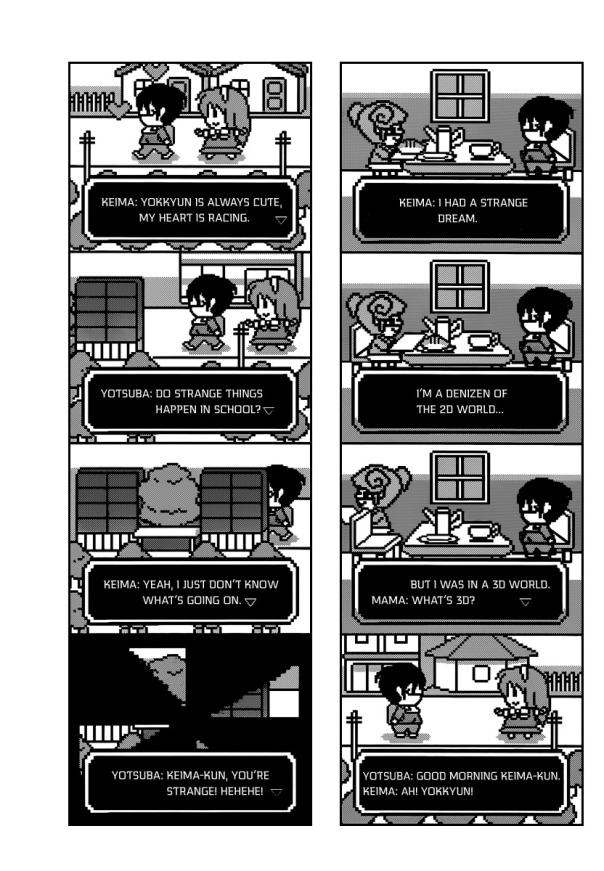 I couldn’t find anything suitable, so I just pulled the first image I could find.

Wow, 100 posts already. I was hoping I would reach this landmark before a year was up, and it turned out I had quite a bit of time to spare. Technically, my 100th post was the Toriko review, but I was never going to make this post the actual hundredth because I wanted to surprise myself with what it would turn out to be. Since my very first post was a review of a Shonen Jump manga, having Toriko be the hundredth feels appropriate. I’ve had some great posts in these last 10-11 months, but I was never one to go on and on about that stuff. The main reason I’m writing this is because there are a few other things I felt I should bring up.

I wanted to talk about the rather unfortunate hit to my update schedule as of late. I’ve been trying to get posts up a little more regularly since exams ended a few months ago, but somehow I haven’t been able to keep up the rate I used to. This is due to a combination of things, I think. First the tests took up most of my time, then the computer and monitor issues I was having. There’s also been a number of ongoing series that have had more and more sporadic updates, like Nisekoi switching to every two weeks for some reason, so finding stuff to write about has been trickier. I know One Piece, TWGOK and Toriko have had big stuff happening in the last chapters, but they’re all currently in the “big events that will be explained later” group, so it’s hard to write about them now. Maybe next week. END_OF_DOCUMENT_TOKEN_TO_BE_REPLACED