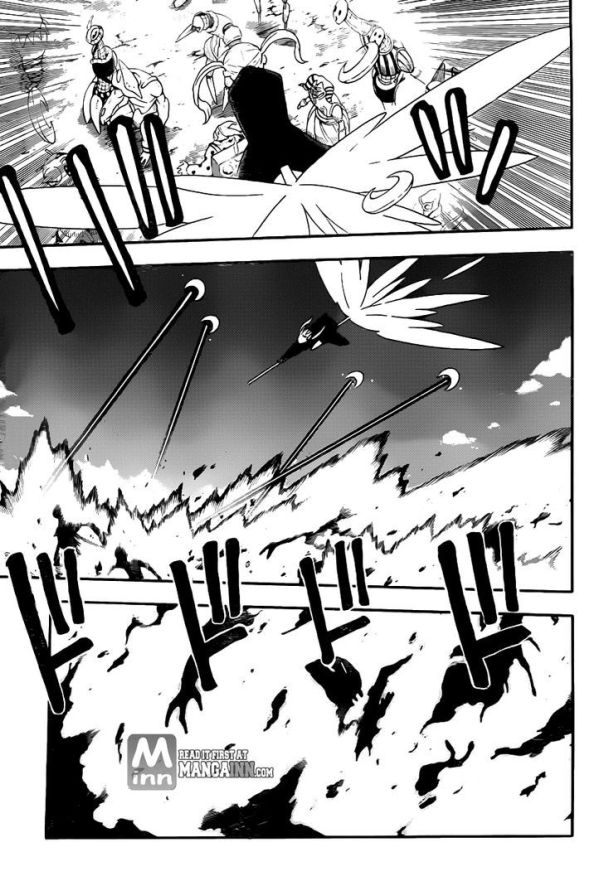 Maka is slowly turning into something out of Touhou.

With Maka and crew finally making their way to the moon, Kidd’s team returning after meeting up with the society of witches, Crona having traveled here to find the Kishin, and Excalibur doing something somewhere, the conditions of this arc are quickly turning into something very much like a final battle. I knew this whole encounter on the moon would be very important in the grand scheme of things, but since Maka and Crona were away from that battle, it was difficult to imagine this as anything conclusive. Now things are slowly resembling a scenario I’ve seen several times before at the ends of shonen, which is where every available character gathers in one location to brawl until one side runs out of guys.

I first remember noticing this kind of ending in Black Cat, where the last story arc took over a third of the manga’s running time and slowly had the whole extended cast meeting up on an island to fight. I’m sure I’ve seen it many times before, but that was where it really struck out at me. Aside from the few characters who are stuck in the center of Shibusen watching, every remaining faction has banded together in this one confined area. Hell, we’ve already had at least one casualty with Justin Law a few chapters ago. 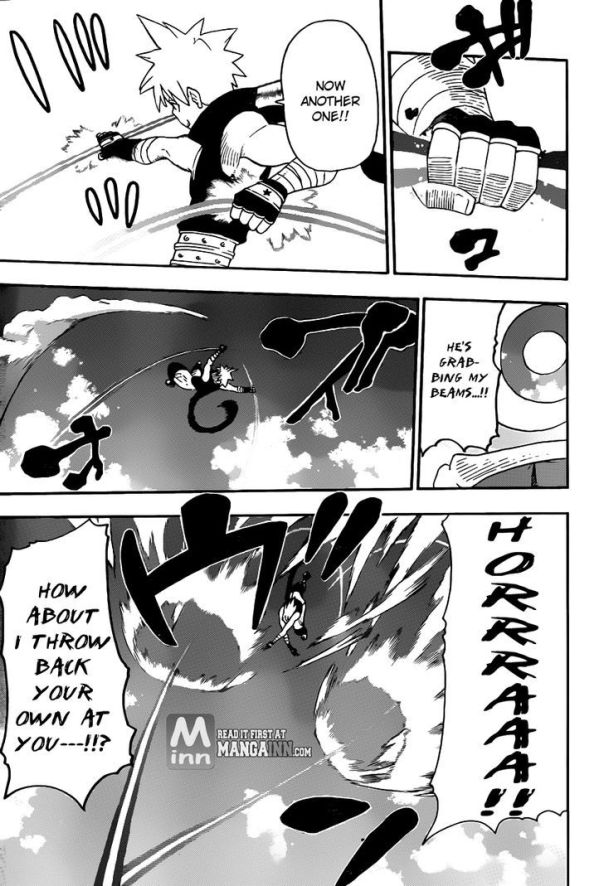 The next chapter will most likely center around Kidd and the army of witches potentially coming to his aid, and since this is looking like the last big arc, they will almost certainly help him because that will give at least some closure to their conflict with the Death Scythes. That will quickly put an end to the surface battle, and that means the Kishin will get to start messing with everyone directly. Impressive as the fear elements in Bleach were this week, they don’t even compare to the madness segments of this series.

Does this arc feel conclusive to anyone else? It’s very possible for one or more of the villains to escape, but if that happens then the real final arc would have to be even more grand and chaotic than this. I can’t see how you can do that when virtually everyone is here already. With any luck, we’ll receive a much better ending than “Maka beats the Kishin by punching really courageously”, but since the Arachne arc showed how she can get past difficult enemies strategically, I’d at least like to hope her eventual victory will be grander than that. Assuming the Kishin is even the final enemy, but that’s theorizing a bit too far. For now I think it’s best to just sit back and watch the fireworks.