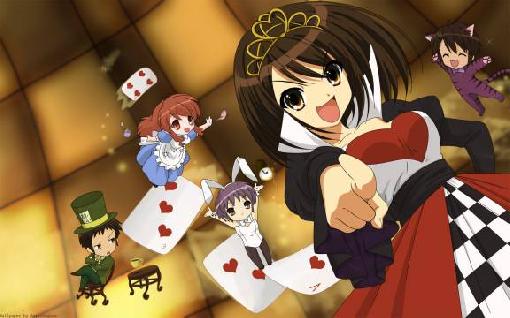 So I heard that over at AnimeYume, Yumeka put together a little questionnaire for all the anime fans out there. I’ve always been a fan of these kinds of lists, so of course I decided to put together some answers of my own. Of course as most of us know, there was a similar questionnaire by AceRailgun not too long ago. While I answered that, most of the answers I put down were extremely short, since at the time there weren’t as many others to work off of. So here’s my chance to put together something a little more comprehensive.

1. What anime have you seen? If you’ve seen too many to type out here, link to any list you may have, such as MAL.

I have a list put together right here. I keep it fairly up to date.

2. Out of those, which ones would you consider favorites?

There aren’t too many series on that list that I’ve given a 10 to, but among those my absolute favourites would have to be One Piece, Liar Game, Kimi ni Todoke, Azumanga Daioh and 20th Century Boys.

3. What was the first anime you ever watched and what was your first impression?

I remember getting into Sailor Moon when I was a child. I really enjoyed it, though after the first season I slowly lost interest. I also remember seeing an episode of the original Dragonball dub before Z came out, though it wouldn’t be until a long time after when I realized that’s what it was.

4. In what year would you say you became an anime fan?

It depends what you mean by anime fan. It was in 2003-4 when I first started watching Inuyasha, which is what got me interested in anime to begin with. Even though I liked it a lot during that time, it wasn’t until 2008 when I found Death Note and Haruhi Suzumiya, which is what led me to track down anime apart from what I could find on TV.

5. Do you read manga as well as watch anime? 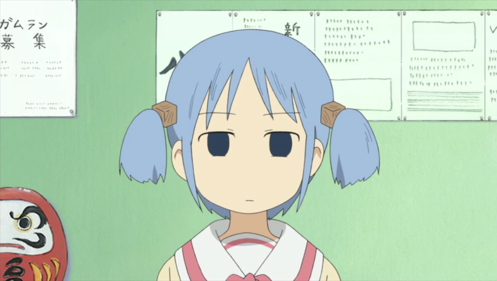 W-w-what?! What would make you think that?!

6. What genre of anime usually interests you?

With anime, I’m usually most interested in both fantasy and josei. With manga it’s the shonen action and seinen stories that work the best. For some reason those don’t seem to make the transition to anime as well as some others do.

7. What genre of anime least interests you?

Anything with too much fanservice, moe or general cuteness (up to and including magical girl shows) is usually out, though small amounts of those elements are okay.

8. For your own personal enjoyment, what do you think is the most important factor in an anime?

For me a series can easily be won or lost based on the characters. They don’t necessarily need to be highly complex, but they should still be interesting.

I can get into subs much more easily than dubs nowadays. Usually I’ll only watch the dub if the voice acting is extremely well done, but in the cases where that happens I’ll always stick with it.

10. Who are some of your favorite Japanese seiyuu?

I don’t follow too many, but the ones that come to mind are Mamiko Noto, Norio Wakamoto, Daisuke Namikawa, Mamoru Miyano and Satomi Arai.

11. If you watch anime dubs, who are some of your favorite voice actors?

12. Which anime do you think has the worst English dub? And the best?

Most of the bad English dubs I remember were from too long ago to remember clearly. The worst ones from more recently were Kanon and Fate/Stay Night, the later of which was made worse when my disks for the series kept switching back to the English track while watching. The best I know were for Baccano, Black Lagoon, and Haruhi Suzumiya.

13. What are your most disliked anime?

Most shows I dislike ended up coming from my anime club making me watch stuff I otherwise wouldn’t touch. Some good examples are Umineko no Naku Koro Ni, Yumeiro Patisserie, Highschool of the Dead, and of course Madoka Magica (obviously, right?).

14. Do you ever try to get people interested in anime? If so, what kind of success have you had?

I’ve tried once or twice, but it’s never easy. Most notably is my failed attempt to get my sister watching One Piece, since 400 episode anime are typically hard sells for a university student.

15. Who are your most favorite anime characters?

Osaka from Azumanga Daioh took the spot of my absolute favourite many years ago and has yet to give it up. Notable challengers include Revy, Haruhi Fujioka, L, and Isaac and Miria.

16. Who are your least favorite anime characters?

Believe it or not, I don’t have too many characters I dislike. But my biggest problem with characters is when it feels like they hold the plot back and the story doesn’t seem to be aware of it, or it doesn’t care. The best answer I could give is Inami Mahiru from Working!, but even she is only mildly troubling rather than outright hated.

17. Who are your favorite “non-human”(animal-like) characters?

The two I remember the most fondly are Tony Tony Chopper and Nyanko-sensei from Natsume.

18. What are some ways you express your anime fandom? (going to conventions, blogging, reading fanfiction, etc)

Blogging is the most significant outlet, and there’s also one forum I visit on and off. Aside from that I’m not the most outgoing otaku, since I don’t get to attend any major conventions and stopped reading fanfiction years ago.

19. What kinds of anime products do you usually buy?

Normally just manga volumes and some collected shows every now and then. Not too much else, since I have only a handful of posters and only one figure (it’s of Sanji from Strong World).

20. What are some of your favorite anime songs and soundtracks?

As far as soundtracks, I’m a big fan of FLCL and Baccano, and I’ll admit to having the Jormungand soundtrack as a bit of a guilty pleasure. Most individual songs I like from anime are openings and endings like “Falling Down” from Eden of the East and “Coolish Walk” from Working!!. 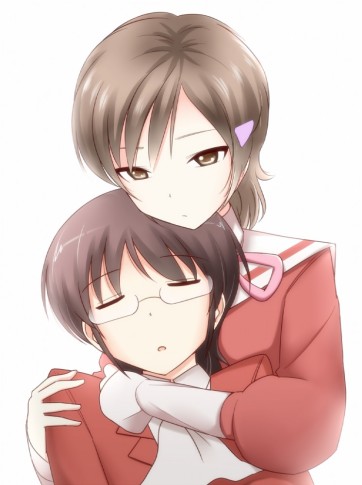 I haven’t shipped like crazy in a long time, but I still have the occasional pairing I support. Negi/Chisame, Kyon/Yuki, Ichijou/Kirisaki, and Keima/Chihiro, though the latter is not an easy pair to ship. I’m currently reading through Hayate, and I’m currently in a tossup between Hayate/Maria and Hayate/Hinagiku.

22. What medium to you usually use to watch anime? (buy DVDs, streaming, etc)

Most often I just buy the DVDs, since that’s often the simplest method. I also have a subscription to Crunchyroll and use that whenever I can.

23. What is your favorite anime quote?

Hah, this time I actually got the quote right!

24. What are your favorite anime movies?

Disappearance of Haruhi Suzumiya, Spirited Away, and Porco Rosso, though the last one is probably just me.

25. What other “geeky,” media-related hobbies besides anime do you have? (video games, Western animation, etc)

I’m not as big a gamer as I used to be, but I still have quite a bit that I enjoy. Currently I’m just finishing up Tales of Graces and starting Kingdom Hearts 3DS. I’m also a fan of roguelikes such as Nethack and Binding of Isaac. Slightly related to that are the Lets Plays I watch, such as The Runaway Guys. 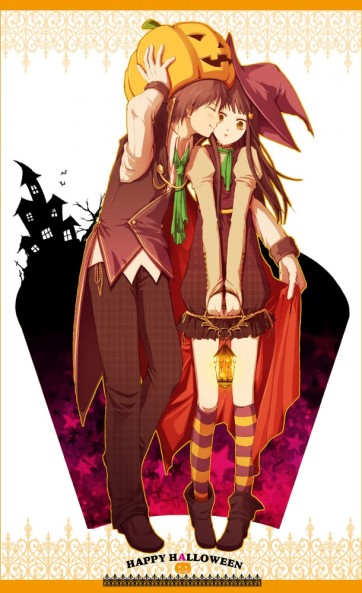 26. What is your most favorite anime of all, and why is it your favorite?

Back in 2009, I just started going to anime club for the first time. We were watching the first episodes of a bunch of shows, and most of them felt like the generic haremy stuff I was afraid of when I first joined up with the group. Then they put on the first episode of Kimi ni Todoke. That was the first time I’d ever seen a show remotely like that, and it may have been what showed me how diverse anime could be (for perspective, we were already watching Bakemonogatari at the time). I think it was also the first time I hunted down the manga after finishing the show, which taught me a great deal as well.

27. What are some anime you haven’t watched but want to someday?

There are a few shows where I really need to track down the next season, such as FMP Fumoffu/Second Raid and Nanoha StrikerS. For new shows, the one I have the most trouble with is Steins;Gate, since I’m really trying to start watching shows legally and can’t find any good copies yet.