Actually, the blog became three months old on the 13th, I believe. I just had midterms and stuff to focus on until earlier today. There were only a few things I wanted to mention at this point. First is that with midterms done, I should be able to work on the Chobits review fairly soon. It might still take some time, since it’s a more complicated series than a lot of the previous ones I reviewed, but it helps that I have the entire collection, so finding pictures shouldn’t be an issue. After that, I’d like to do Rosario + Vampire, but there’s someone I’d to get in contact with who knows it better than I do. If not, then it’ll be either Fairy Tail or Gamaran.

In addition to the usual chapter discussions, I’m planning one for this new series that started recently called Nisekoi. It’s by the guy who made Double Arts and a bunch of other short manga you probably never heard of. And keep an eye out at http://shourai.net/,  since I’ll be working on something for them fairly soon.

There isn’t a whole lot to bring up besides that, so here’s a few pictures I collected from various manga. Some of these I wanted to use in posts but didn’t, and others are just interesting clips I found. Anyway, enjoy.

Psyren's first attempt at a marketable mascot did not go over well.

Yukio got a peek at Kubo's notes.

So, you from around here?

See, this is what happens when you take relationship advice from Weekly Shonen Jump. 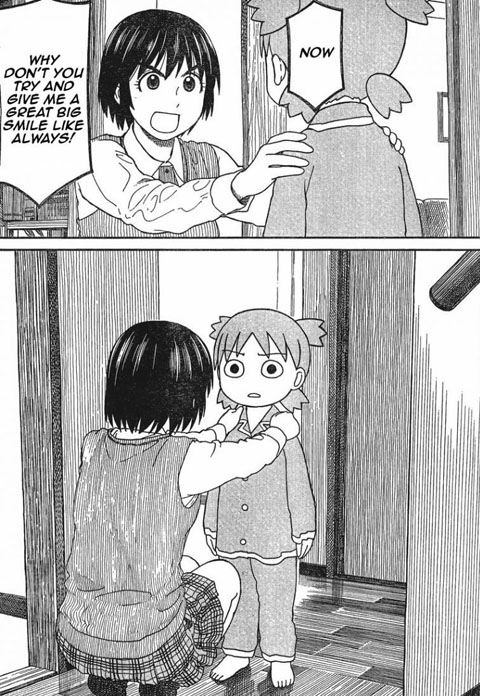 Someone find me the emoticon for that!

Saten only has two things on her mind. One is perversion. I haven't seen the other one. 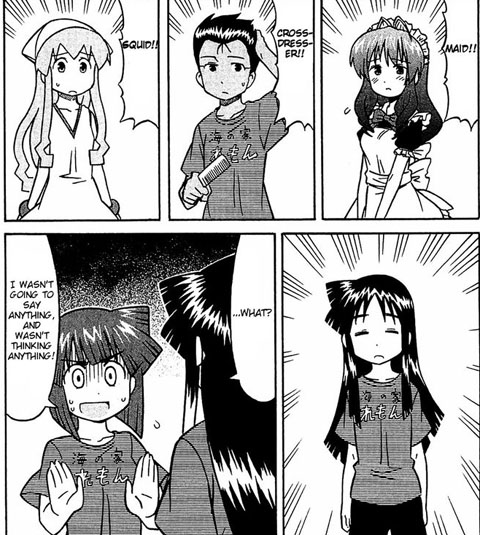 You left out "Scientists", "Squid Otaku", and of course "Loud Gamer Girl Who's About To Lose Her Allowance".

I wouldn't exactly call that a "change". 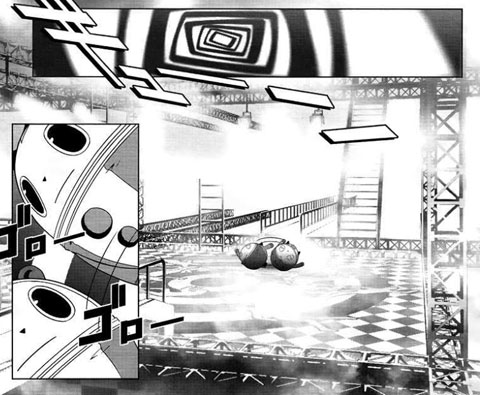 So THAT'S what Teddie does when we're not around.

I’ve been having fun working on this website, and it’s great to know so many people are interested it what I have to say. I’ve actually had a bit of a problem with putting my work down, but I think it’s been getting a lot better. Plus I think all this helps with my essay writing, so there’s another incentive to all this. Well, here’s hoping the next three months were as good as the last.

And that I don’t feel the urge to complain about any more series. Writing “The Problem with D.Grayman” is tempting, but we’ll see how the next few chapters go.