Because if there’s one thing they know, it’s competition.

I managed to make this one in half the time of the previous review, despite it being two manga. It’s still a little short of 2 weeks, which is the time I’d like these to take. So while I was going to do Chobits next, I decided to pick a series I knew back and forth. It still might be a little more than 2 weeks because of my English work, but we shall see.

In terms of actual production, I learned that I need to be a little more careful during recording. At one point, I accidentally gave the protagonist of Shijou Saikyou no Deshi Kenichi (or whatever it’s called today) the wrong last name, and it caused a rather noticeable difference in my voice where I edited it. Also, gathering the pictures for this was annoying as hell. Two series, and I own neither. Should have thought that one through a little better. 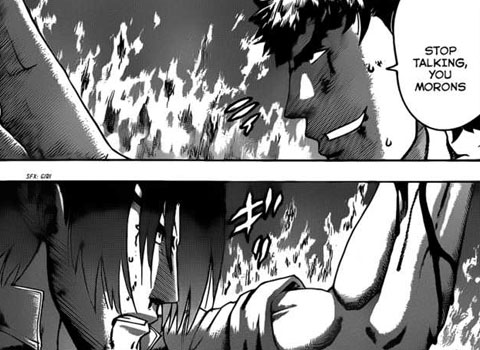