Nisekoi – All The Planning In The World…

…can’t beat the impact of a single spontaneous comment. 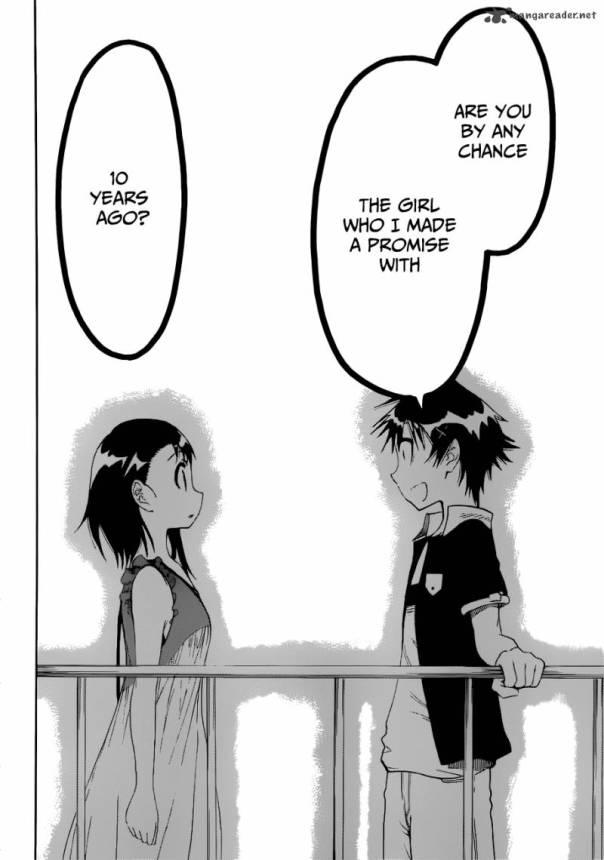 The perfect thing to ask on Kirisaki’s birthday.

So, that happened. I love how completely casually this series can reveal important plot points to other characters, like back when Onodera and Ruri were told about the fake relationship. I still never expected anything on this level, because even with that history, there was never anything in this chapter to indicate any kind of confession was coming. It’s just something they decided to share all of a sudden.  END_OF_DOCUMENT_TOKEN_TO_BE_REPLACED

Tsugumi knows to go into combat with style.

For those of you who have never read this series before, I’m gonna say what happened in this chapter before going into my discussion. I’m curious if you can tell how the chapter ended before I show it.

The boy on the left and the girl below are Ichijou and Kirisaki. They have to pretend to be dating or else their yakusa families will go to war. The one on the right is Tsugumi, who has called their relationship into question and challenged Ichijou to a fight to see if he really loves her. The two of them apparently made a promise ten years ago, so Tsugumi is rather protective of Kirisaki and will even resort to murder to see her safe. Ichijou comes to the conclusion that he may have a rival for his “love”, but realizes in this chapter that he’s probably wrong.

Now, from the above picture and what I just said, I’d like you to see if you can guess why Ichijou thinks Tsugumi doesn’t want to go out with Kirisaki. END_OF_DOCUMENT_TOKEN_TO_BE_REPLACED