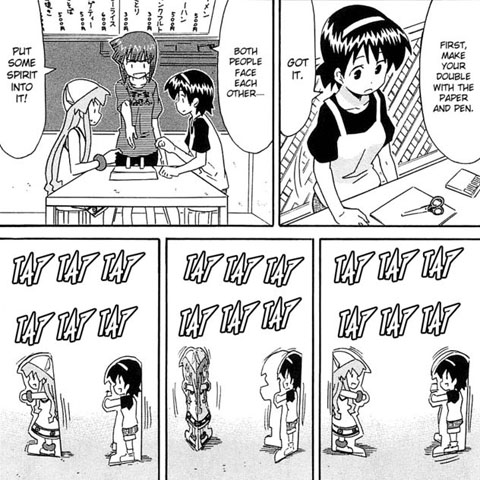 Is anyone else annoyed by characters in comedies with only one real personality trait? All their actions are focused around something, and it can quickly get tiresome seeing them do that same thing over and over again. I actually didn’t mind Sanae at first, but after a while, it became pretty obvious that she only had one joke going for her. Not only has virtually everything she’s done focused around her love for Ika Musume, but if anything, it’s been getting more extreme over time. From everything I’ve read, her only traits unrelated to Ika are her dog Alex and, oddly, the fact that she’s constantly in possession of large sums of money (is her family rich? I’ve seen her wave cash around at least four times now, but they never address it). You almost have to wonder what she was like before she met Ika. END_OF_DOCUMENT_TOKEN_TO_BE_REPLACED